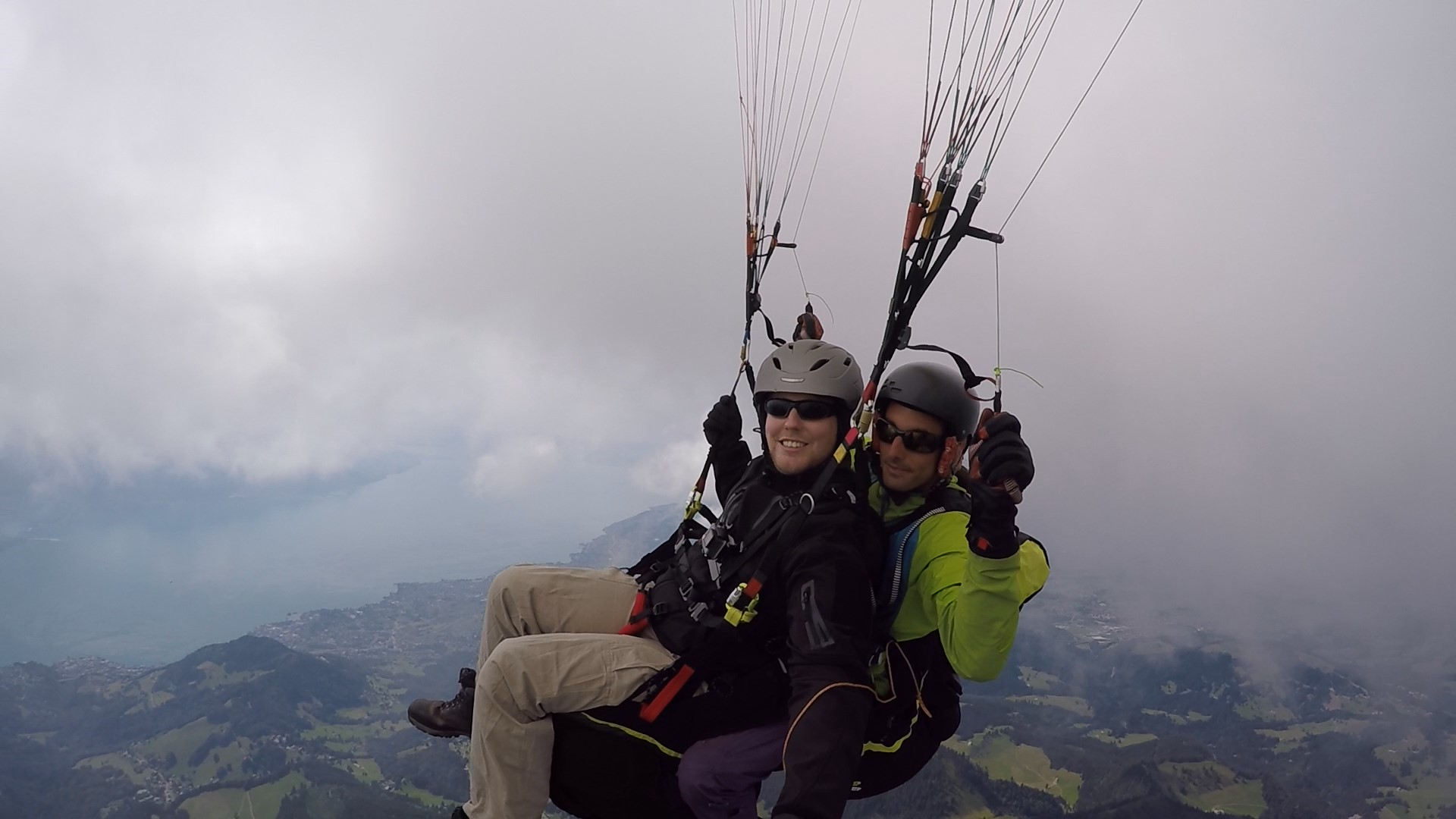 The weather on Tuesday 16th August 2016 allowed us to make a nice “Cross” flight with Cyril over the summits of the Vaud & Fribourg Pre-Alps. Congratulations to him who, for his first flight, he flew up to 2’750 m altitude. A magic flight, over an hour and a half. On the menu: varied sensations rich in emotions such as those of climbing up beautiful and powerful thermals until touching the clouds or flying close to the cliffs while soaring. Cyril also skillfully flew the wing while flying over Lake Geneva and even the last final wingovers didn’t shake him 😉 A life-size discovery of the paragliding world ! Who’s next??